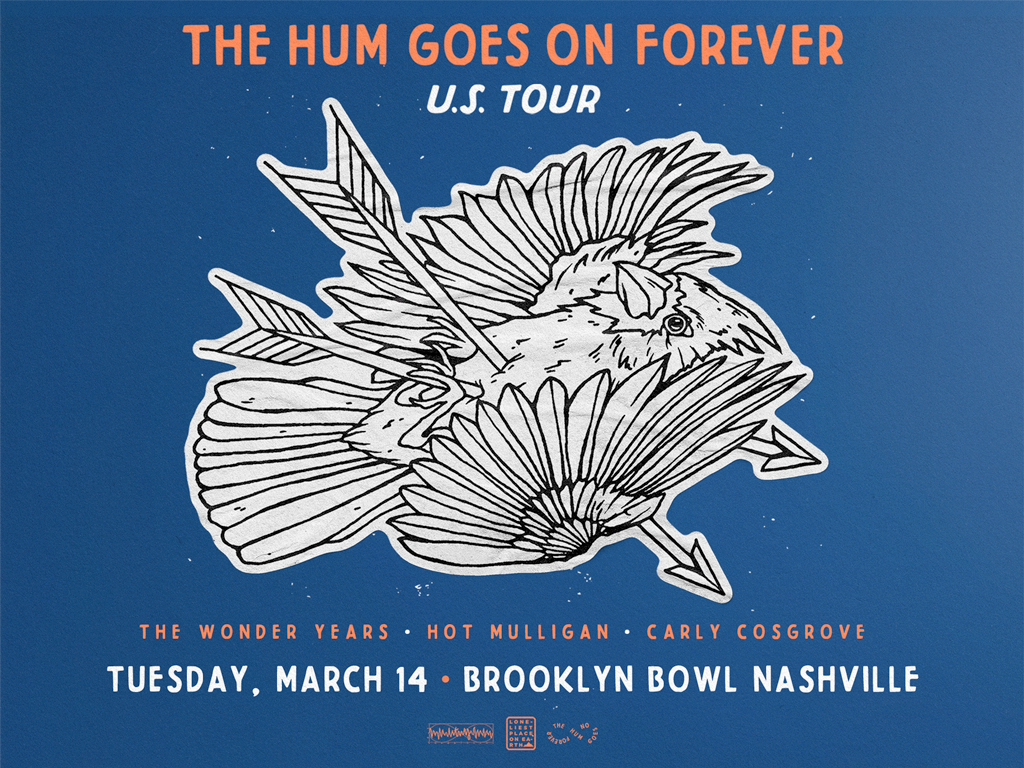 Like many bands last year, Lansing, Michigan’s Hot Mulligan—the #1 Hot New Band per their Facebook page—put out an LP in 2020 that they didn’t get to tour. This year, they’ll release I Won’t Reach Out To You, a six-track EP that operates as a response to their 2020 full-length You’ll Be Fine. The EP is bookended on the first and last tracks by a resounding glance-back at a world that simply doesn’t exist anymore: “Stay home, stay home/You said it wouldn’t make a difference whether we could be together or not.” On opener “One For The Boy,” those words are a serene, mournful observation, but by “Please Don’t Cry, You Have Swag,” they’re a volatile explosion, a group-yelled diagnosis set to thundering guitars, bass, and drums. These facts also explain Hot Mulligan: a group of shitposting gamers from far reaches of Michigan (and one from Iowa) who became best friends at college and started making music that works through the endless weirdness of growing up in this moment. The result of these things is earnest, affecting emo punk, presented with a song title created by typing into autocorrect with eyes closed. “Nothing is black and white,” says rhythm guitarist and backing vocalist Chris Freeman. “I like to think that we challenge each other mentally and as friends to do better and grow together. We’re also just shitposters and trolls.” Freeman and lead vocalist Nathan “Tades” Sanville came up together playing in local punk bands in rural Michigan before moving to Lansing in search of greater opportunity, where they met lead guitarist Ryan “Spicy” Malicsi and drummer Brandon Blakeley. “When the music just becomes a reflection of life and growing up, then when we’re bonding over music, we’re bonding over our lives together,” says Freeman. That intimacy and interdependence works in extremes. “You see your friends in their lowest places,” says Freeman. “But you also see them when they’re doing everything they wanted to do.” The band recorded I Won’t Reach Out To You in Pilesgrove, New Jersey with producer Gary Cioni (Grayscale, Free Throw) at his Sound Acres Studio. Freeman, Cioni and Dash Williams shared engineering duties. The majority of the record was written in studio over the course of a two-week period. The EP details the first major dying-off of connections and relationships in a life. It’s an experience that’s familiar but always jarring. You spend your youth hearing your parents talk about friends they haven’t seen in years, and you think how ridiculous that sounds. Then suddenly, you’re 25, and realize you haven’t spoken with your old best pal since high school graduation. It happens fast, and it’s weird. “It’s not always about not reaching out to someone because they’re toxic,” says Freeman. “It’s just because people grow apart.” I Won’t Reach Out To You is an exploration of this process that constantly reproduces itself across our lives, which forces us to square two facts: those times and the people we knew were awesome, and they’re over now, forever. Freeman says it’s about “reminiscing on people you knew in the past, but acknowledging that the past is the past.” “One For The Boy” introduces this over a gentle wash of guitar and ghostly vocals as Sanville laments, “Hey, I feel us growing apart/Could we just talk or is it not the right time?” A snare drum rolls in the distance and goes quiet, and in bursts earworm pop punk blast “Featuring Mark Hoppus” on compressed, crunchy guitars and Sanville’s full-tilt belt: “I kinda miss you/Back in highschool/25 and I still think about your drawings that you made.” “Losing Days” follows with acoustic guitar and Sanville’s breathless vocals: “Losing days because it’s hard to reason leaving the bed/Debt’s been building since we got here/Staying the same/Forget it!” It’s a tight 90 seconds that give way to “Pop Shuvit (hall of meat, duh),” a perfect slice of pounding, Taking Back Sunday-style emo pop that tracks the tiring relentlessness of growing up while realizing that no one at the top is looking out for you. “Please Don’t Cry, You Have Swag” closes on nostalgia and a cruel coming-to-terms with the passage of time, as clear finger-picking broods and Sanville’s vocals long for a return to an impossible before: “You think I matter less than politics/When all I want is fresh paint, before we ever would’ve talked like this.” The final minute crescendos into a shattering breakdown while Sanville repeats the first song’s remarks to a backing chorus of, “Stay home, stay home.” Hot Mulligan are just as likely to write a beautiful, devastating treatise on growing apart—both literally and spiritually, from your friends and your old self—as they are to make a song and video about putting on sunglasses (which they have done). This is the Hot Mulligan way: life is serious and scary, but you just gotta make a meme about it with your buds.

Philadelphia trio Carly Cosgrove’s debut LP, See You In Chemistry, is about growth, but not the tidy, Instagram-ready kind. At its beginning, vocalist and guitarist Lucas Naylor is steady, stable, and happy: the work has been done, progress has been made, things are alright. Over the remaining 11 tracks, and across a complex, earworm patchwork of riotous emo punk, towering post-hardcore, mathy indie rock, and crystalline shoegaze, things fall apart: bands dissolve, friendships end, and self-doubt, depression and anxiety triple-team their way to victory over happiness. “Chronologically, this record comes after a point where I thought I got a lot of personal growth done,” says Naylor. “But at a certain point I just found myself hitting a wall, I felt like I was moving backwards. Whenever people talk about growth, it’s always in triumphs: ‘Look at this destination I’ve finally reached.’ With this, the whole record is kind of a step backwards.” Besides being a reference to Nickelodeon TV show Drake and Josh, See You In Chemistry doubles as a comment on the chemicals that govern our brains and bodies, and a semi-hopeful glance toward some future moment when things might be better again. “The idea behind the title is that I’m going to be someone else later when I figure things out,” says Naylor. “It’s not all linear,” adds bassist Helen Barsz. “It’s not the obvious, cliche growth album,” says drummer Tyler Kramer. “It’s more about how hard growth actually is.” Naylor, Barsz, and Kramer met while playing in different bands around Philadelphia and started jamming after Naylor booked Barsz and Kramer at a coffee shop in Westchester. The project started as jokey and “memey,” taking its name from a combo of the show iCarly and its lead actress, Miranda Cosgrove. (Note: all Carly Cosgrove song titles are references pulled from either iCarly or Drake and Josh. Impressive commitment to a bit while still producing incredible music. Naylor says the goal is to get a cease and desist.) The trio bring different backgrounds to the band: Naylor’s education in jazz piano and love of ‘fightpop’ bands like Letterbox and Bloc Party, Barsz’s experience in post-hardcore and emo outfits across Philly and New Jersey, and Kramer’s affinity for hometown DIY bands like Mumbler and Marietta. This debut record has been two years in the making. The band recorded with producer Joe Reinhart (Hop Along, Joyce Manor) at his Headroom Studios over a week at TK time of 2020, with the intention to create a record with three people that sounds like a five-piece band. Style and substance were of equal importance: the music had to be peppy and sincere, hyper and bombastic while maintaining a high degree of technical and structural complexity. Think Title Fight and Manchester Orchestra meet the rhythmic precision and tonal variety of jazz and hip hop. “Sit ‘n’ Bounce” lifts the curtain with a driving snare rim snap and Naylor’s vocals, gentle and quiet, over fingerpicked guitar before slamming the gas pedal to the floor with a bellowed admission of frustration and futility: “I’m chasing my tail around!” shouts Naylor. Lead single “Munck” comes next, a pounding flurry of emo-pop-punk and post-hardcore fury that finds Naylor trying to find his place in a climate of anger and rage. “I can’t feel the way you want me to/But I’ll try to understand, I’ll be your biggest fan,” he sings on the chorus. “Anger and rage have their place, and they’re really powerful and valuable emotions,” says Naylor. “They’re just not a thing that comes easy to me because of how I was raised. ‘Munck’ is making the case for both of those things to coexist with other responses, without only one of them being the only way.” Next comes the midtempo emo churn of “Really Big Shrimp,” a plea for slamming the brakes on the merciless march of time: “I just wanna cut my teeth a few more times, keep away from tempting signs/Make no friends and take no risks so no one gets to fuck with this!” shouts Naylor before a breakdown that’s at once brutal and gentle. “The Cooliest? Don’t Ruin it” follows, waiting for the other shoe to drop over pop punk riffing: “I’ve got a good thing going, better than I’ve ever had/But there’s a shelf life on a good thing, how long ‘till the thing goes bad?” “The Great Doheny” (pronounced dough-hee-knee) is an indie rock romp through identity crisis, cycling through sounds and arrangements before settling into a halftime chorus while Naylor negotiates with a separate version of himself: “When I wanna go out he goes instead/He says he’s a people person, I nod my head.” “Gamesphere” narrates a mid-tour breakdown from another life, while “Rue The Day” rumbles in on Barsz’s bass and frenetic tapping from Naylor. “Cloudblock” ends on a manic stomp that bleeds into “Headaches,” a scabbed post-punk ripper that wrestles with insecurity: “I don’t wanna know my worth, I’d rather be worthless/Than worth less than I’d guess,” admits Naylor. Closer “See You In Chemistry” runs just shy of eight minutes, a monumental, multi-movement shoegaze retrospective epic with Naylor, bruised and wounded, taking stock and plotting his recovery: “I am gonna find my footing again!” he belts into the abyss. See You In Chemistry inverts the pop culture myth that our experiences lead us to one static way of being. It’s interesting to consider how much damage that myth has caused in the quiet moments of alone that every person experiences: if we haven’t reached equilibrium, have we really grown? The reality that Carly Cosgrove share on their debut is that no person is final, no thing is sure and certain. Coming to understand this truth is as important as the life-long processes that comprise it. See You In Chemistry is a hopeful invitation to a better place, a better way, a better life—somehow, somewhere down the line. 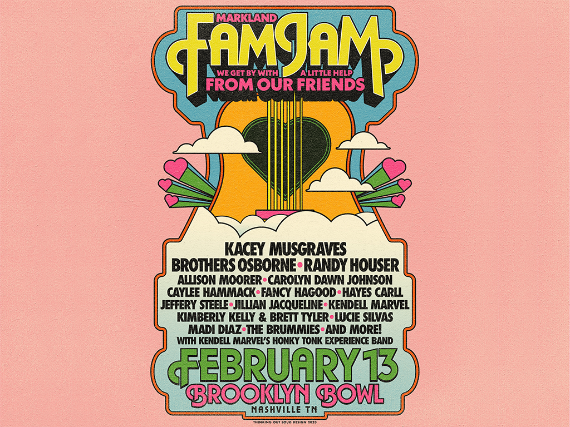 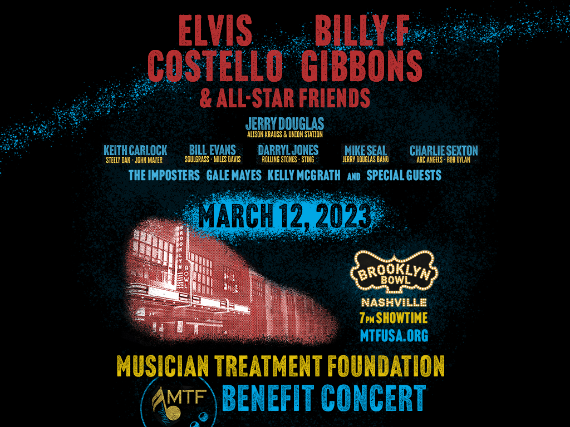 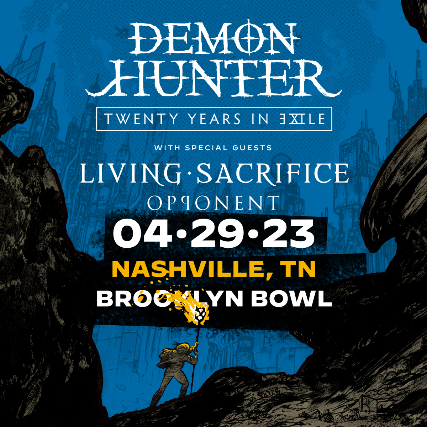 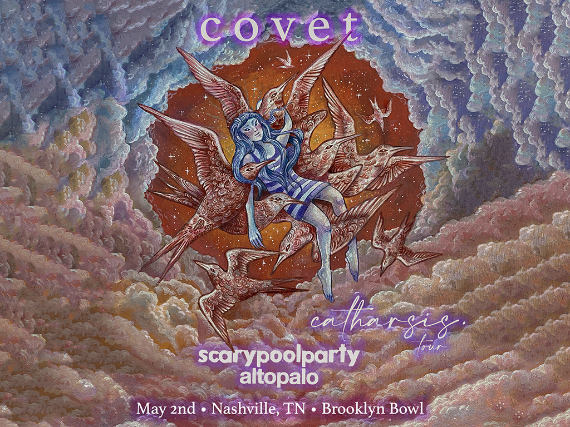