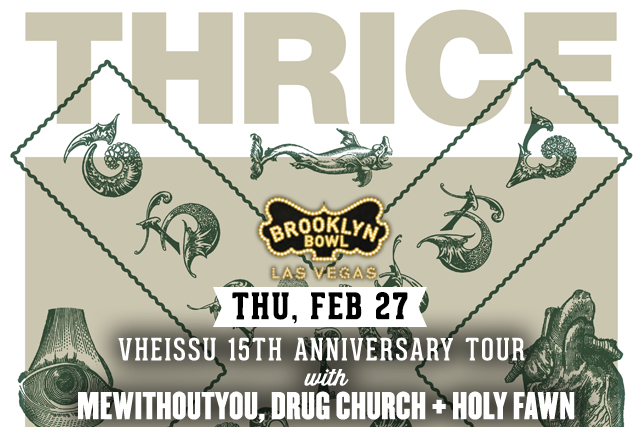 At the end of summer 2017, not long after Thrice had finished up a national tour, singer Dustin Kensrue woke up in the middle of the night and found himself fixated on the mental image of an open hand—a visual that instantly became his touchstone in the writing of Thrice’s tenth album, Palms.

“I got up and started listing off all the things an open palm represented, especially as opposed to the idea of a closed hand or a fist,” says Kensrue, who co-founded Thrice with guitarist Teppei Teranishi, bassist Eddie Breckenridge, and drummer Riley Breckenridge in 1998. “That became the basis of the record: that feeling of being open, whether it’s open to mystery or to receive things or to give. The album came from a place of trying to combat the hate and bigotry we’re seeing in the world right now, but attempting to do that in a way that’s nondivisive.”

In the spirit of that openness, Thrice created Palms with a free-form and fluid approach to the album’s sonic element. The result is their most expansive work to date, encompassing everything from viscerally charged post-hardcore to piano-driven balladry. To carve out that eclectic sound, Thrice enlisted trusted producer Eric Palmquist for the recording of the percussion and vocal tracks, and self-produced all of the guitar parts on Palms. “When we track our own stuff we tend to be far less neurotic about getting every note perfect,” says Kensrue. “It’s more about getting the right emotion out of the performance, so that it connects on a deeper level.”

Mixed by John Congleton (a Grammy Award-winner known for his work with Lucy Dacus, Xiu Xiu, and St. Vincent), Palms unfolds with an immediacy that magnifies the power of each track. “The vocals are very dry, without a lot of delay or reverb,” says Kensrue. “As the person who’s singing that’s kind of a scary thing, but I think there’s a forcefulness to the album that sets it apart from our other records.”


Much like its predecessor—2016’s politically minded To Be Everywhere Is to Be Nowhere—Palms mines a great deal of inspiration from the literary and philosophical realm. In his lyric-writing, Kensrue drew from sources as varied as the lectures of philosopher Alan Watts, the writings of Franciscan friar Richard Rohr, and the process metaphysics of mathematician Alfred North Whitehead. “In the past couple of years I’ve come to embrace a more non-dualistic way of looking at the world, partly because of listening to and reading things that broke me out of those black-and-white patterns,” Kensrue notes.

On the album-opening “Only Us,” Thrice bring that newfound understanding to a heady fusion of frenetic synth lines, fragile harmonies, and massively heavy guitar riffs. “‘Only Us’ came from thinking about how we’re so easily divided into ‘us’ and ‘them,’ when really we have an inherent ability to care for those in our group, and the parameters for who falls into that group are extremely flexible,” says Kensrue. “It’s about how the things that we think separate us are actually inconsequential, and if we could broaden the idea of ‘us’ to include all people, it would help us to build a more loving and civil society.”

All throughout Palms, Thrice instill both vulnerability and urgency to their uncompromising self-reflection. At turns gracefully melodic and furiously intense, lead single “The Grey” captures what Kensrue describes as “the frustration that comes from straining within some kind of system, and the feeling of freedom that comes from moving into a new way of understanding things.” One of the album’s most stunning moments, the piano-laced and quietly glorious “Everything Belongs” examines the notion that “there’s a way to view the world where everyone does belong and fits together quite beautifully,” according to Kensrue. And on “Beyond the Pines,” Thrice close out Palms with an intricate arrangement of crystalline guitar tones, gentle percussion, and starkly delivered lyrics inspired by a passage from “The Great Wagon” by 13th century poet Rumi: Out beyond ideas of wrongdoing and rightdoing/there is a field. I’ll meet you there. “‘Beyond the Pines’ is about how all the names and the labels we put on things have nothing to do with their essence,” says Kensrue. “There are deeper realities at work, and nothing sorts itself as neatly as we’d like it to.”

Elsewhere on Palms—such as on the powerfully cathartic post-hardcore of “A Branch in the River”—Thrice return to some of the most formative influences from their early years. Hailing from Orange County, California, the band formed when three of its members were still in high school, making their debut with the kinetic punk/hardcore hybrid of the 2000 album Identity Crisis. Their breakthrough arrived with 2003’s The Artist in the Ambulance—Thrice’s third full-length, whose singles “All That’s Left” and “Stare at the Sun” each landed on the Billboard Alternative Songs chart. With their past releases also including an ambitious duo of concept albums (2007/8’s The Alchemy Index: Fire and Water and Earth and Air), the band took a several-year hiatus starting in 2012, then re-emerged with To Be Everywhere Is to Be Nowhere (an album on which Thrice “conjure an atmospheric beauty but maintain a connection to the dirt beneath their feet,” according to DIY Magazine).

Thrice’s first release since signing to Epitaph in early 2018, Palms matches its raw passion with a measured intensity, a rare feat for an album so informed by the volatility of the times. “Even though some of these songs are really aggressive-sounding, I wanted to make sure they never felt like finger-pointing, especially at a time when there’s so much talking past each other,” says Kensrue. Within that approach, Thrice reveal their profound commitment to making an enduring impact on the listener. “You can’t expect someone to automatically shift to the way you see the world, and you’ll just end up getting frustrated if you try,” Kensrue says. “But I do think we can change through lots of little interactions, and gradually start to see things differently. I hope that the record can operate like an ongoing conversation, where it slowly brings people to a place of looking at the world in a more open-ended way than they did before.”

Drug Church stands as a monument to accidental success and a testimony to the idea of ‘failing up.’ By not taking its career seriously, the band has accomplished more than many of its uptight ‘destined to make it’ peers. Haha, posers.
Following a mid-80s blueprint of moving to LA to be sucked into the fast life, Drug Church has left its Albany origins in the rearview. Now experiencing the inability to make rent on a whole new level, the band is producing its best material to date.

Drug Church is proud to announce it’s birthed another alt-rock classic in the form of the new single ‘Weed Pin’. The track is a mid-tempo monster jam about being unhireable. Recorded with Jon Markson, ‘Weed Pin’ is a taste of what listeners will be getting on the band’s first LP from Pure Noise Records. 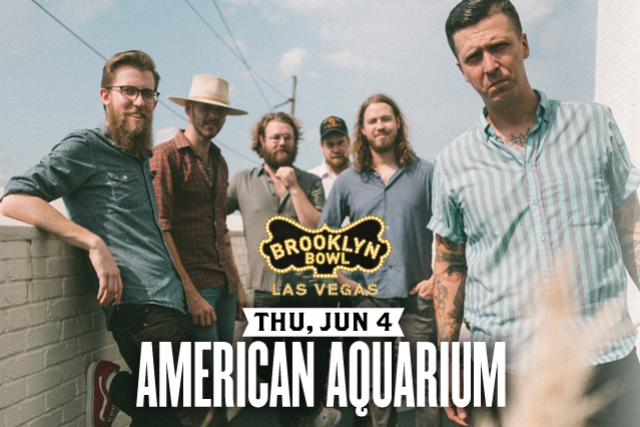