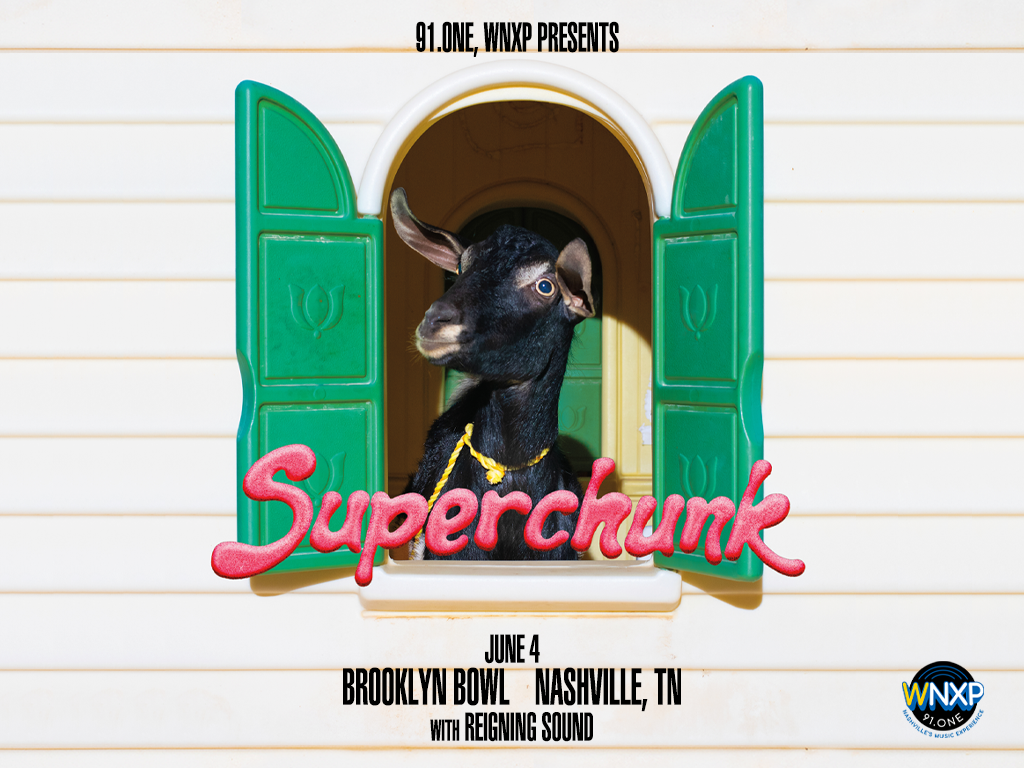 Like every record Superchunk has made over the last thirty-some  years, Wild Loneliness is unskippably excellent and infectious.  It’s a blend of stripped-down and lush, electric and acoustic,  highs and lows, and I love it all. On Wild Loneliness I hear  echoes of Come Pick Me Up, Here’s to Shutting Up, and Majesty  Shredding. After the (ahem, completely justi  able) anger of  What a Time to Be Alive, this new record is less about what we’ve  lost in these harrowing times and more about what we have to  be thankful for. (I know something about gratitude. I’ve been a  huge Superchunk fan since the 1990s, around the same time I    rst found my way to poetry, so the fact that I’m writing these  words feels like a minor miracle.)
On Wild Loneliness, it feels like the band is refocusing on  possibility, and possibility is built into the songs themselves,  in the sweet surprises tucked inside them. I say all the time  that what makes a good poem—the “secret ingredient”—is  surprise. Perhaps the same is true of songs. Like when the sax  comes in on the title track, played by Wye Oak’s Andy Stack,  adding a completely new texture to the song. Or when Owen  Pallett’s strings come in on “  is Night.” But my favorite  surprise on Wild Loneliness is when the harmonies of Norman  Blake and Raymond McGinley of Teenage Fanclub kick in  on “Endless Summer.” It’s as perfect a pop song as you’ll ever  hear—sweet, bright,   at-out gorgeous—and yet it grapples  with the depressing reality of climate change: “Is this the year  the leaves don’t lose their color / and hummingbirds, they  don’t come back to hover / I don’t mean to be a giant bummer  but / I’m not ready / for an endless summer, no / I’m not ready  for an endless summer.” I love how the music acts as a kind of  counterweight to the lyrics.
Because of COVID, Mac, Laura, Jim, and Jon each recorded  separately, but a silver lining is that this method made other  long-distance contributions possible, from R.E.M.’s Mike  Mills, Sharon Van Etten, Franklin Bruno, and Tracyanne  Campbell of Camera Obscura, among others. Some of the  songs for the record were written before the pandemic hit, but  others, like “Wild Loneliness,” were written from and about  isolation.

I’ve been thinking of songs as memory machines. Every time  we play a record, we remember when we heard it before, and  where we were, and who we were. Music crystallizes memories  so well: listening to “Detroit Has a Skyline,” suddenly I’m  shout-singing along with it at a show in Detroit twenty years  ago; listening to “Over  ows,” I’m transported back to whisper

singing a slowed-down version of it to my young son, that year  it was his most-requested lullaby.

Wild Loneliness is becoming part of my life, part of my  memories, too. And it will be part of yours. I can picture  people in 20, 50, or 100 years listening to this record and  marveling at what these artists created together—beauty,  possibility, surprise—during this alarming (and alarmingly  isolated) time. But why wait? Let’s marvel now.

In a long and emotionally exhausting year of being inside (alone, in my case,) I have found myself thinking about mirrors. How to avoid spending too much time in them, most days. Taking inventory of the real, physical self is difficult work, work that I’m not entirely opposed to but work that became immediately more treacherous for me when I had to witness the very real toll that time, modern anxieties, isolation, and boredom were taking on me. It was easier, it seemed, to spiral into a not-so-distant glorious past, to use memory as a tool of both excitement and healing.

But, speaking of excitement, I like to stumble towards a band with no agenda, no purpose, uncovering sound almost on accident. This is how I first heard Wednesday. The band came to me and I don’t remember how, or why. They simply arrived, as if we’d been traveling toward each other our whole lives. I Was Trying To Describe You To Someone soaked into my summer of 2020, and in sound, in spirit, in central concerns and the execution of them, it took me back to an era before the current era, which I’d needed at the time. The past can feel less hellish than the present if we are, sometimes, not fully honest with ourselves.

There is the trick of nostalgia that I spend a lot of time playing with in my own writing, and somewhat tormented by in my own living. The very real idea that nostalgia is both a useful tool and also a weapon if it isn’t paired with something that approaches a type of rigorous honesty. Which is hard to do, sometimes. My memories flare and fire with only the finest aesthetics of a past that I was certainly in, but I often deem myself as only a secondary character, if even that. Which, of course, lets me off the hook in the name of fluorescence and flourish, in the name of sound and sight.

I love Twin Plagues first for its songs, plainly. If you, listening to Wednesday for the first time around or even the second time around, stumble onto this album, I promise you the songs will be what grab you first, beyond any of my foolish high-level emotional theorizing or projections. Every band that loves the pursuit of their craft the way this band does is one to follow, because getting to sit on the sidelines and watch them level up is a real generosity. Twin Plagues is overflowing with hooks, but what most delighted me about the band from the start has taken a leap: they have managed, somehow, to get even better at structuring their noise from one movement of a song to the next. The idea of the “song” itself is flexible in their hands, so much so that each song holds two, or three songs within. This, again, generosity. “Cody’s Only” is a ballad until it begins to threaten a storm of volume, and then, in its final act, it becomes something else altogether. “One More Last One” is a shoegaze-y trip that swells and swells until it overflows, but it doesn’t stop. It keeps offering and offering and offering. I say “noise,” and never in a dismissive sense. Everything has a place, and so much of its place is to serve the true heart of this album, and the true heart of Wednesday’s music, which is allowing cracks through which tenderness can enter and exit as needed. Tenderness that, it seems to me, is always wrestling underneath whatever else might be happening on a song’s surface.

But if I may go back to all of these ideas of nostalgia and our old, tricky, past selves that are, indeed, a part of the house of bricks that make up our present self, what I also hope you, listener, might adore about this album is the exact moment at the start of “The Burned Down Dairy Queen” when Karly sings I was hiding in a room in my mind / and I made me take a look at myself. Because if you, like me, have been avoiding mirrors – both metaphorical and real – this is where the album becomes a lighthouse, echoing bright across the darkness of my otherwise dark and empty chambers. So much of these songs meditate on the past in far less romantic ways than I have found myself meditating on the past, and I was desperate for the recalibration that this album provided. I was desperate for making myself less blurry in my own memories and reckoning with my full, multitudinous self. The self that was once unkind, or less gentle, or less curious than I am now. I needed this album to remind me to embrace the fullness of my unfinished nature, the years I have lived and – with any luck – the years I have to go.

So, yes, the songs are good. You will maybe roll down your windows on a comfortable day on the right stretch of road in a warm season and turn the volume up when “Birthday Song” gets good and loud and sing-along-able. You might sit atop a rooftop at night, closer to the moon than you were on the ground, and let “Ghost Of A Dog” churn and rattle you to some nighttime realization that you couldn’t have had in silence.

But, even on top of all of this, on top of all the pleasures and the mercies that the sounds on this album might afford. I hope and think, too, that it will remind anyone who listens that we are a collection of many reflections. All of them deserving patience.