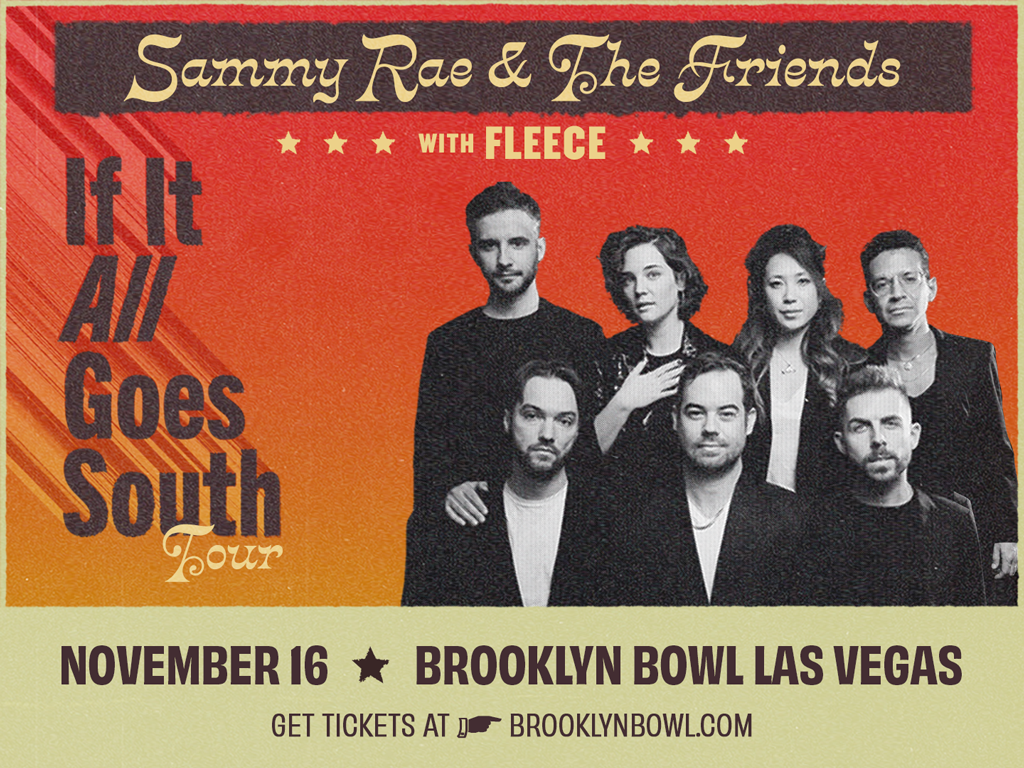 For as much as Sammy Rae & The Friends may be a band, this collective of, dreamers, and artists considers itself a family first.

Fronted by singer and songwriter Sammy Rae, the group flourishes in any spotlight with a combination of all-for-one and one-for-all camaraderie, palpable chemistry, deft virtuosity, and vocal fireworks. Their sound is a mélange of Sammy’s influences, rooted in classic rock, folk, and funk and sprinkled with soul and jazz. Complete with a rhythm section, horn section, keyboards, and two backup singers, Sammy Rae & The Friends have or will deliver their high-energy, spirited, and unrestrained shows to sold-out audiences in the Northeast and beyond, including Terminal 5 in NYC, two consecutive nights at the Boston Royal, 9:30 Club in DC, Theatre of Living Arts in Philadelphia, The Showbox in Seattle, the Cannery Ballroom in Nashville, and many more. NPR Music, the Boston Globe and American Songwriter alike have dubbed her an artist to watch is 2022.

While the band considers themselves the “7 faces of The Friends,” they advocate for the importance of their community. Avid music fans themselves, they pride themselves on this original grassroots, word-of-mouth growth. The Friends is their community of followers, artists and creatives who help in the creation of their songs and sustenance of the project—their mixing engineer, band photographer, graphic designer, budget manager, and everyone who hangs around the shows supporting the vision. The shows are like a shot in the arm of affirmation of individuality. They are safe spaces to feel overwhelmed with love and acceptance. “Friends” in the audience are encouraged to dress how they like, dance how they like, join the party and form person-to-person Friendships.

Sammy Rae & The Friends just wrapped a five-week tour celebrating her latest single, "Follow Me Like the Moon," and will be on the festival circuit this summer. Their next single, "Time Being", comes out on 7/15/22.

“If two men just ain’t right, then I’m living in a world that’s upside down,” Matt Rogers,  lead vocalist and songwriter of Montreal-based LGBTQ indie-rock band Fleece, croons  on “Upside Down”, a song on their gorgeous new LP, Stunning and Atrocious. On this  album, the band isn’t holding back on sharing their roadmap for how they see the world.

In fact, Fleece has never paused, even for a moment, to define themselves or add labels  to their experience, instead opting to open up and be. This band is au naturel and it  shows, right from their earliest days and rise to notoriety through their rice cake munching “How to write an Alt-J song” viral video (which amassed 12 million views).  Since that video, that notoriety has only amplified. Subsequent releases and antics have  added fuel to this fire and grown large and dedicated followings on Spotify, Instagram  and TikTok, resulting in worldwide audiences and millions of monthly streams. The  band’s recent singles “Upside Down”, “Do U Mind? (Leave The Light On)”, and “Love  Song for the Haters” have each leapt past the 2-million stream mark. Along the way the  band found themselves on tour across North America multiple times, supporting  renowned bands Tokyo Police Club, Born Ruffians, Mt. Joy, and others as their demand  as a headliner grew in these same markets.

While having been focused on the songwriting of lead vocalist Matt Rogers and the  relentless energy of drummer and co-founder Ethan Soil, Fleece has always been about  being a band. Fleece’s previous music had drawn from musicians no longer in the  project, but it was the emergence of Megan Ennenberg (guitar/vocals) and Jameson  Daniel (guitar) as members that completed the line up and contributed to the cohesive  whole, the final resting place, the rebirth of Fleece.

And it is from this new Fleece where their newest emerging musical work, the album  Stunning and Atrocious, came to fruition. Said Matt, "I think we're finally Fleece. In the  past, the process was more about bringing my own compositions to the band, but this  album is a complete coming together of all of our brains. We played whatever we came  up with, stream of consciousness style, and then restructured the songs until they felt  right. It was a bit daunting to give up control at first, but the product and process of  collaborating made Fleece more exciting for all of us. I definitely grew from it too. Song

two (“Like It A Lot”) is about exactly this - letting the power go and feeling good."

Written from the late parts of 2018 until 2020, the album was a first for Fleece in that it  was created with a collective focus in mind: songwriting with a strong emphasis on  contributions from all four band members. While on tour, the band would write and demo  songs, creating oodles of voice-memo-type song skeletons everywhere they went, from  rural Texas to the Laurentian Mountains of Quebec to a highway-side rehearsal room in  Montreal. The song ideas came together naturally and the singers began weaving in  lyrics about the complexities of vulnerability, sexuality, love, depression and anxiety, joy  and silliness, honesty, and power. And then, of course, the lens of a pandemic magnified  the stunning and atrocious parts of all of these tropes, and they wove in that new  intensified insight as well.

Throughout this process the band found themselves with an abundance of ideas, a  wealth of songs, ultimately collecting three albums worth of content and slowly finding  which songs stuck, which would make the cut. And with so much time spent together on  the creation and selection of content, it only made sense to self-produce the album. To  this end, the band hired friends to help engineer, rented studios, and waltzed into the  tracking process, comfortable and willing to capture the vibes and sound that they’d  been nurturing. “Most of the album is self-produced so we really got to tinkering with  sounds in post-production together. I’d say overall this album process made my  friendship with Megan, Ethan, and Jameson even stronger. I just love them so much,”  says Matt.

If nothing else, the pandemic gave us all time. In Fleece’s case, that meant time to play,  record, breathe, reflect, record more, post-produce, mix, and finally master. And so it  was that the album was born. From its infancy on the road to the adolescent struggles of  defining its boundaries and makeup and to the shiny bright eyed young adult collection  of songs proudly and outrageously presented now.

Finally: Stunning and Atrocious – the why it was called that. Matt says, “In 2018 when  we were on tour with the band I'd use those words to describe literally everything. When  we were in the studio and coming up with an album name, Jameson and Megan  suggested Stunning and Atrocious as a joke, and then we all realized it actually really  spoke to the record. Half of it is more beautiful and ethereal, half is straight up rock ‘n’ roll. Also, while writing it, the world around us was the definition of stunning and  atrocious. Megan is singing lead on a couple songs on this record, so obviously she is  the stunning, and I’m the atrocious (haha). Can’t wait to hear the other parallels that our  dear sweet fans will draw.”

If you’ve seen the videos, followed the band on any social media platform, and listened  to previous lyrics, you’ll of course be aware that the band doesn’t run a straight line. It  bends, turns, flips, bops, boops, and, in general, encourages others to live whatever life  they choose in any way, as the band themselves do. These songs are about feelings

and emotions shared between people that aren’t to be contained by previously limiting  rules. These songs exist in a world where everyone is free to be and love as they wish, a  world where people are able to define themselves in any way they choose. And that is  the Fleece way. 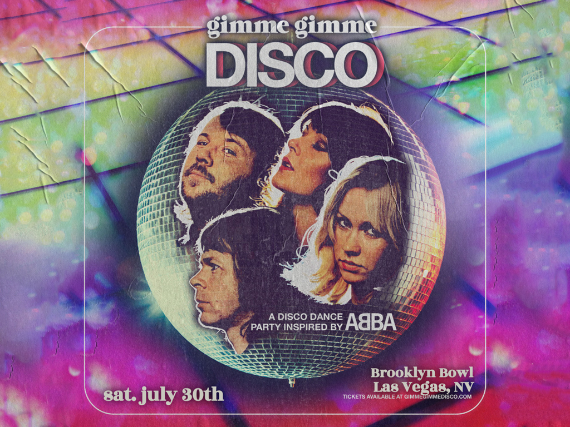 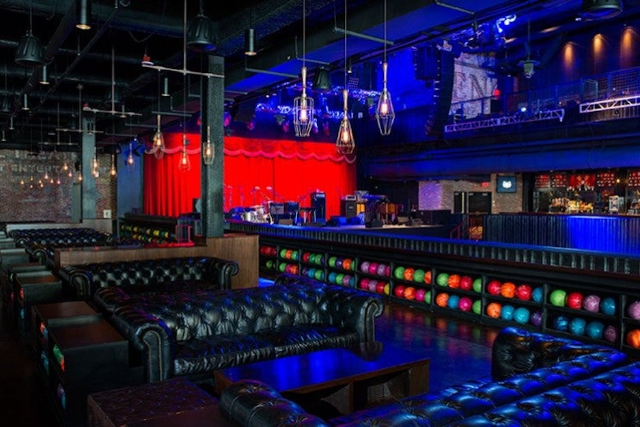