- Residents of Clark County who purchased a ticket will receive free parking the night of the show at any Caesars Self-Parking locations. The Parking Validation Machine is located inside the Retail Store of Brooklyn Bowl.


ALL SUPPORT ACTS ARE SUBJECT TO CHANGE WITHOUT NOTICE

ALL TICKET PRICES ARE SUBJECT TO 9% LIVE ENTERTAINMENT TAX

“As satisfying in their visceral kick as they are in dazzling displays of dexterity.” – Rolling Stone

It might sound strange to associate “storytelling” with instrumental music. But ANIMALS AS LEADERS jettisoned the rules, limitations, and boundaries of conventional rock music from the start.

Armed with palette-expanding eight-string guitars, rich synths, and pummeling percussive grooves, the trio is beloved by metalheads, aspiring virtuosos, jazz fanatics, and casual listeners alike. As Pitchfork observed, “Animals As Leaders have walked the tightrope between sheer technical virtuosity and actual emotional resonance.” Even without vocals, this is intimate, mythmaking music.

Animals As Leaders began as a solo outlet for guitarist Tosin Abasi, whose creative partnership with classically trained guitarist Javier Reyes and Berklee-educated drummer Matt Garstka is built on a shared love of everything from fusion to technical death metal. Garstka graced the cover of Modern Drummer in 2015. In one of his many appearances on their cover, Guitar World named Tosin among the Guitarists of the Decade. Rolling Stone featured him as part of their “Young Guns” series. The Chicago Tribune declared him “the closest thing prog-metal has to an Eddie Van Halen.”

Quickly ascending beyond the traditional confines of instrumental rock, Animals As Leaders owe much to their unique blend of precision and feel, both in abundance on album five, Parrhesia. The trio remain connected to their fiercely engaged audience via captivating shows and projects.

Kerrang! included Weightless among its Best Albums of 2011. The Joy of Motion entered the Billboard 200 at No. 24 in 2014, and The Madness of Many cracked the Top 20 in 2016. Now more than a decade into their career, a quick look at the bands they’ve toured with demonstrates the consistently diverse appeal of Animals As Leaders. It’s a list that includes Korn, Deftones, Dance Gavin Dance, Thrice, Meshuggah, Underoath, TesseracT, and Circa Survive as well as major festivals with the likes of Linkin Park, Avenged Sevenfold, and Slipknot.

Animals As Leaders offer more than clinic-ready musicianship and proficiency. A focus on mood, texture, and emotive power elevates the material past any preconceived notions, resulting in a fascinatingly unique phenomenon, with an unlikely and profound appeal across multiple subgenres.

“We all know how talented the guys in Animals As Leaders are. Absurdly talented,” declared MetalSucks. “[T]hey are one of the finest, most interesting units in modern music.”

Originally formed on Long Island, New York in 2000, Car Bomb is a band whose style is marked by a highly experimental and extremely aggressive approach to metal.  Their unpredictable blend of evolving polyrhythms, shifting tempos, syncopated down-tuned guitars, jazz-influenced drumming, harmonically deconstructive riffing, and dynamic vocals create a sound that is pulverizingly heavy and intensely disorienting.  They create music that is fluid and ever changing, and are not afraid of veering off on bold melodic tangents.  This unique sound combined with a strong DIY work ethic and a continuously growing fan base has earned them the opportunity to tour with larger acts in the genre.

Car Bomb released their debut album Centralia on Relapse Records in 2007, and supported the record on US tours with High on Fire in 2008 and Gojira in 2009. They self-released their second album w^w^^w^w (pronounced “w-click-w” or “the waveform album”) in 2012.  It featured guest vocals by Joseph Duplantier of Gojira, whom they’d again tour with later that year.  In 2014, Car Bomb was invited to tour Europe for the first time, opening up for Meshuggah on their 25th anniversary tour.

Car Bomb released their third album Meta in the fall of 2016, which again featured Joseph Duplantier who this time also shared a co-production credit with Greg Kubacki. The album also features Frank Mullen of Suffocation and was mixed by Josh Wilbur (Korn, Megadeth, Lamb of God, Parkway Drive). The band kicked off the release with shows supporting Gojira and Tesseract as well as opening for The Dillinger Escape Plan on their farewell US tour. In early 2017, Car Bomb headed back to Europe/UK opening up for Gojira.  The band then headlined their own European tour in September before returning to the US in October to support Animals as Leaders and Periphery.

The band is currently headquartered at Silvercord Studios in Brooklyn, New York.

More than anything, our pain connects us. Hardship binds us as humans in one shared experience, bringing us closer together. Alluvial examine this phenomenon on their second full-length album, Sarcoma [Nuclear Blast]. The critically acclaimed Atlanta-based quartet—Kevin Muller [vocals], Wes Hauch [guitar, vocals], Tim Walker [bass], and Matt Paulazzo [drums]—plunge into a whirlwind of neck-snapping polyrhythmic riffs, a barrage of double bass, and a dynamic avalanche of screams. After amassing over 2 million total streams independently and receiving the endorsement of MetalSucks, No Clean Singing, and more, the group evolve into a focused and fiery force in 2021 with their latest body of work.

“Sarcoma is a type of cancer that grows from connective tissue in the body,” reveals Wes. “At the end of working on everything, Kevin pinpointed that each song on the record was about the different perils that happen at the hand of one man to another. These perils live in our connections to one another, so Sarcoma became an apt title.”

In 2017, Alluvial initially roared to life on their debut LP, The Deep Longing for Annihilation. “Colony” notably gathered 678K Spotify streams—unprecedented for instrumental extreme metal. Building a fan base, the group toured alongside Animals As Leaders and Veil of Maya.

On the heels of this tour, Wes traded Los Angeles for Atlanta.

“In all honesty, it was an escape,” he admits. “I knew some of my struggles would never leave me, but I felt like I’d have a better chance to reset if I got out of California. The perils of taking refuge in a bottle or the near occupational hazard of drugs in L.A. had hollowed me out and exacerbated my woes. Winston Churchill famously called depression ‘the Black Dog’. The rut with drugs and booze turns the black dog, a longtime bedfellow, into the ruler of your vessel. I’d estimate that the music for Sarcoma started
there. As strange and vulnerable as it feels to explain that, it would be dishonest to say otherwise."

As he began to write at home, he took notice of Kevin due to his time in Suffocation. After hearing his vocals on a demo, everything simply clicked, and Kevin joined the band. Fast brothers, it fulfilled a long-term goal. “The Deep Longing for Annihilation was supposed to have vocals, but I couldn’t find the right guy,” he adds. “Some people possess a rare inability to doubt themselves. Kevin can marry that into performances. The day I heard his vocals over the Sarcoma demos was a special one. We’ve become brothers.”

After writing and producing demos at home, Alluvial cut guitars, bass, and vocals with engineer John Douglass in Atlanta. The opener “Ulysses” begins with warm guitar echoes before building towards an ominous crescendo. It quickly crumbles under the weight of a thrash riff and brain-rattling growl.

“I was always in trouble in my small hometown,” he says. “After going to a county jail, I joined the military and took orders as an Equipment Operator bound for the US Naval Mobile Construction Battalions. The enlisted side of the military are all misfits of one kind or another. Because of this, it’s really a continuation of high school. The military continued raising us, for better or worse. In 2005, I deployed to Iraq and convoyed throughout Baghdad for seven months. If you were in Iraq from 03 to 08, it was generally pretty bad. Because of that, I wouldn’t call my experience in Iraq “unique”, it was just a hot time over there. If you convoyed, you were gonna get shot at, and you were gonna deal with IED’s. If you were in a camp, you were gonna get mortared. If you were infantry and you were kicking down doors, god bless you, you were gonna have it the worst out of anyone. ‘Ulysses’ is a glossary of my hindsight on that experience.”

An airy clean intro ignites a bludgeoning groove on “40 Stories,” which remains “loosely based on the story of Conrad Roy who committed suicide at the coercion of his girlfriend.” Maintaining elements of power and conviction throughout, “Sleepers Become Giants” creeps along on whispers and emotionally charged guitar before another cathartic chorus about a combination of depression and the moment “you become a giant, wake up, and do what you’re supposed to be.”

In the end, Alluvial welcome audiences into their world.

“My favorite records have always been places where I could crawl inside and hang out,” he leaves off. “They gave me a way of looking at things and put me in a helpful state of mind, whether I knew it or not. The goal with this album is to hopefully provide a similar feeling.” 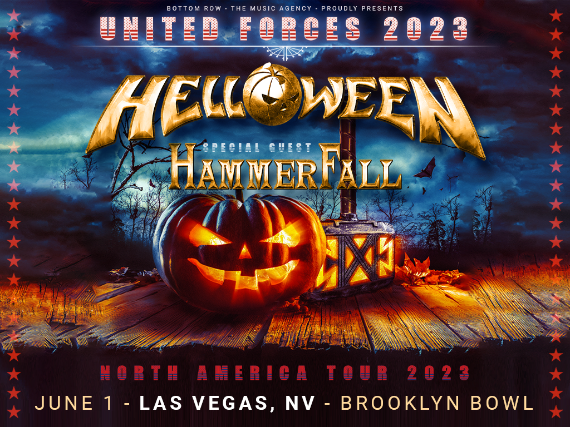