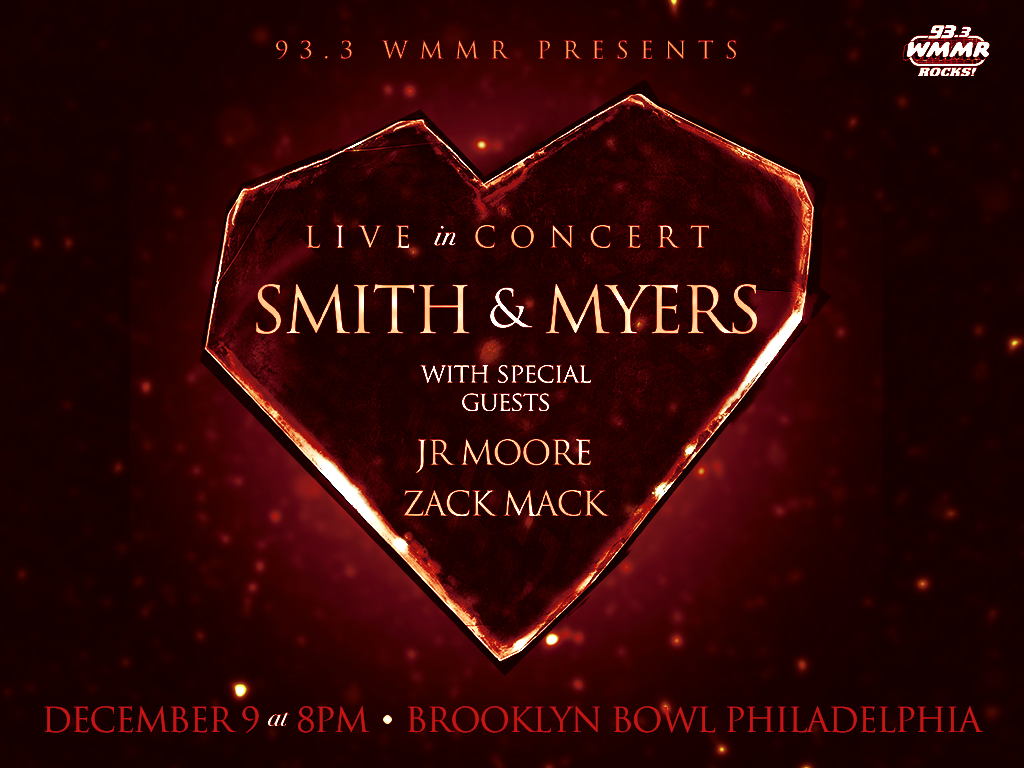 VIP ticket includes access to a raised VIP lounge next to the stage.

Vaccines/Testing: You, and anyone accompanying you in your party, are required to provide ONE of the following:

Smith & Myers - the duo comprised of Brent Smith and Zach Myers - reimagine beloved chapters of the American songbook alongside their own bold contributions with nothing more than a microphone and an instrument or two. Their eloquent songcraft transmits powerful lyrics, intimate delivery, indelible melodies and glorious vocals uplifted by minimal accompaniment and amplified by maximum emotion. With two hearts and one truth, these lifelong musicians, longstanding friends, and eternal brothers have delivered their double album in two parts, Smith & Myers Volume 1 and Volume 2,  comprised of ten originals and ten brilliant re-imaginings of Neil Young, Post Malone, INXS, Mark Ronson and Amy Winehouse, The Righteous Brothers, Billie Eilish, Peter Gabriel, Billy Idol, R.E.M. and Oasis. These releases are Smith & Myers’ first full-lengths as a duo since releasing a pair of acoustic cover EPs, Acoustic Sessions, Part 1 and Acoustic Sessions, Part 2, in 2014 when fans first fell in the love with the magic that is created between Brent and Zach in the studio and on stage, with Smith & Myers live shows instantly selling out.

During this time of national reckoning with systemic injustice, Smith & Myers make a statement on Volume 1 with original single “Not Mad Enough.” Accompanied by solo acoustic guitar from Zach, Brent rails against injustice in the wake of George Floyd’s tragic death. It was paired with a poignant cover of “Rockin’ In The Free World” that sees Smith & Myers placing Neil Young’s lyrics center stage - written more than 30 years ago and just as relevant today - uplifted by robust vocal delivery over lone piano. Both songs share a message of equality and change. Meanwhile, Volume 2 features the vulnerable and personal “Bad At Love,” as Brent sings about the difficulties of staying in a romantic relationship when you have a gypsy heart, as well as the catchy alt-rock tune “One More Time.”

Smith & Myers’ Volume 1 and Volume 2, produced by GRAMMY Award-winning producer and songwriter Dave Bassett, encompass vulnerability, fearlessness, honesty, outrage, love and understanding. With no boundaries on what their songwriting could discuss, Brent & Zach explore everything from certain personal topics that they have left largely unexplored until now, to commentary on immigration and children being ripped from their parents, racial injustice and the nature of social media – focusing not on politics, but on right and wrong and our connection as human beings.

As one-half of multiplatinum band Shinedown, Brent and Zach can often be found topping the rock charts and playing to sold-out arenas around the globe with 10 million albums and 10 million singles sold worldwide, 14 platinum and gold singles, five platinum and gold albums, 16 number one rock hits (breaking the record for the most ever #1s in the 39-year history of the Billboard Mainstream Rock Songs Chart with their single “Atlas Falls”), over 2.7 billion streams and major mainstream media acclaim under their belt. Smith & Myers illuminates the depth of Brent and Zach as a duo and showcases a very different yet just as powerful musical side of these two versatile musicians.

Hey man, wanna go on an acoustic tour?"If that sounds like a strange way to start a band, well, that's because it is. And that's exactly howAllen, Mack, Myers, & Moore started. What began as an acoustic duo of Zach Myers (fromShinedown) andChris Allen, eventually grew to add Zack Mack and J.R. Moore (from IngramHill). Ranging from folk/country to southern rock 'n roll, AMMM has become notorious forgreat songwriting and passionate performances.A review from a recent AMMM tour stop gives us about as accurate of a description as possible."True to their word, the show went late into the night, as the audience was not willing to letthem stop. They ended up playing for two and a half hours without even taking a break. Theynever left the stage nor did they do an encore. They stayed on that stage for 150 minutes andplayed their hearts out! ""There is no script, nor setlist. And the shows are spontaneous, fun, and full of music and manylaughs and stories."AMMM is currently working their third album, following the successful release of Just South OfMoonlight in 2015. While technically side projects for the members of the band, thecommitment to fun shows and great music is sure to make Allen, Mack, Myers, & Moore amainstay for many years tocome 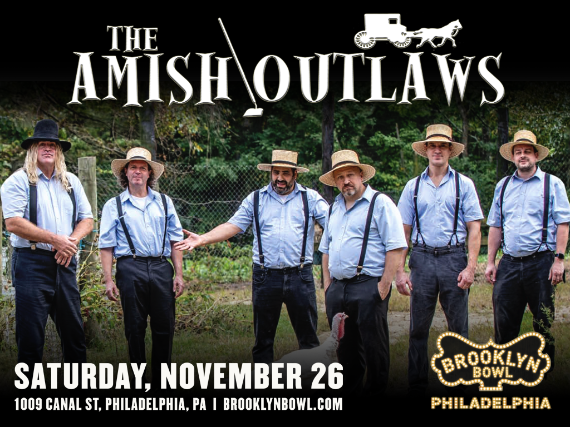 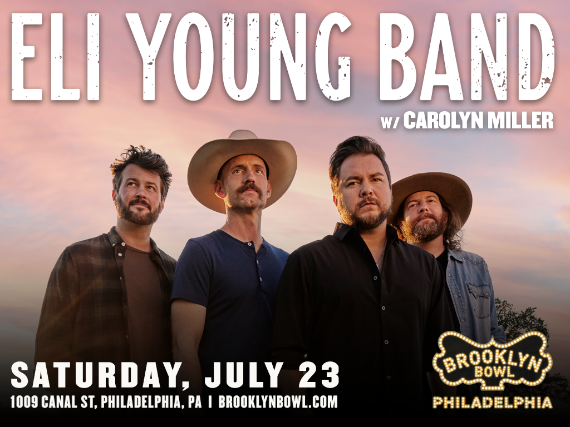 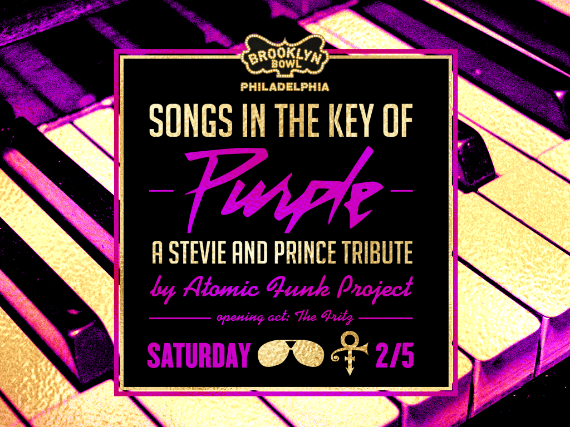 Songs in the Key of Purple: A Stevie + Prince Tribute with Atomic Funk Project 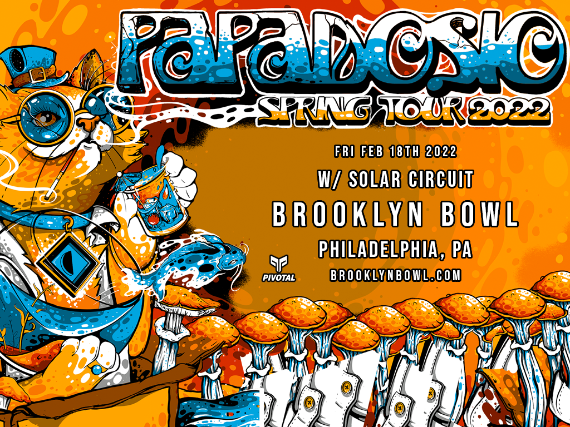 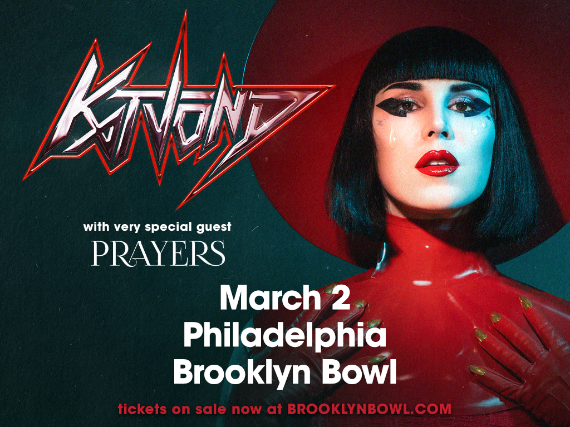