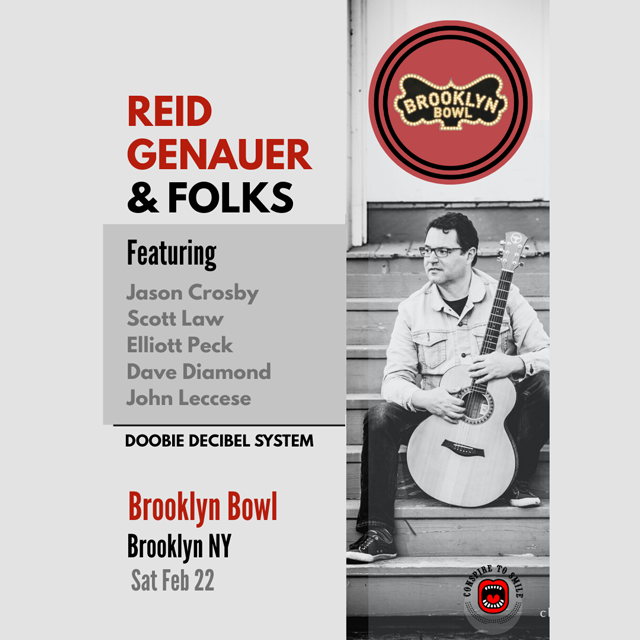 Greetings fellow humans. Thanks for taking a minute to check me and my music out. Reid Genauer here. I’m approaching this blurb as a personal statement , mainly because I find most of what I read about myself makes me feel like a fraud.  I’m not known for brevity I’m honest as a nun. My full name is Reid Reinhold Genauer.  For obvious reasons I just go by Reid. I’m what some refer to as a micro-celebrity. That is to say I’m not a household name. However in the households I am known I linger, kinda like black mold. To the extent that I have spawned in the hearts and minds of music lovers i’ve done so in my role as a singer-songwriter, with the support of my bandmates in Strangefolk and Assembly of Dust and in the context of a community that is mystifyingly bound by our music.

I’ve never really been motivated by fame and fortune. I started writing songs at 13. It came to me instinctively, like a goose migrating to Canada.  In fact, I actually do think of music as a place to go to, an alternate universe (not Canada) where one is uniquely rewarded for being emotional. Music is a trust fall of sorts. The more you give yourself to it, the more you let yourself go the more compelling it is.  I dig that in the music I listen too and the music I make. I give myself to it. I experience the songs I’ve written as a collection of dreamlike places, familiar characters, colors and sensations that are within me and beyond me at the same time. I sh*t you not I literally see the songs as I perform them as if I was revisiting the act of painting a picture I’ve painted many times before.

Songs really are like living canvases, petri dishes on which creativity community (and on occasion mold) grow. In that definition of a song the role of a singer-songwriter is misrepresented by the image of a fine boned front man dancing around in tight pants. Note - Im not fine boned anyhow.  I see the songwriter as an enabler who summons songs so that others might encounter them. Consistent with the notion of songs as paintings they are made all the richer by the contributions of the musicians who interpret them, the listeners who receive them and reflect them back. I guess what I’m trying to say is I’m the  Canadian Bob Ross... Kidding aside what I am saying is that I’ve been fortunate to write and perform songs with a group of exceptionally talented and emotionally present musicians who inform and reimagine these songs time and time again.

Last year on June 31st (which now formally exists) I put out an album under the moniker “Reid Genauer & Folks”.  I called it Conspire to Smile which is call to arms actualized by a collaborative recording that 2 dozen musicians contributed immense amounts of time and talent to. The message expressed conversationally is “hey man if your going to dream up conspiracy theories,  actual conspire and run around the interweb like a rabid racoon lets at least do it in the name of positivity and possibility. Over the course of the last year I’ve done just that, toured as Reid Genauer and Folks with different variations of the musicians who joined me as “coconspiritors” on the record.  It’s a creatively refreshing way to bring the spirit of the album to life and create new musical chemistry through the mixed DNA of Assembly of Dust, Strangefolk and extended community of musical compadres.

Stylistically I’ve always aspired to emulate songwriters who are able to express themselves in ways that are beautiful and badass at the same time. A few that come to mind are John Lennon, Garcia/Hunter, Willie Nelson and Niel Young. You’ll find forensic evidence of each of them in my home brewed graug of Psychedelic Americana. Beyond style my aim is to have each song live as a story, an emotional intent within a bubble of oxygen that allows for those who encounter them to breath them as they see fit. I’ve been lucky to find an audience that is remarkably willing to slip inside the songs alongside the performers.  For me that ritual is what gives the act of being a musician and body of songs renewed meaning. Thanks for reading. I hope you’ll join us in the months to come and revisit us for a great long while to sneak inside the bubble and bounce around for a spell.

Doobie Decibel System (DDS) features Jason Crosby, Roger McNamee, and Dan “Lebo” Lebowitz. These seasoned musicians can be seen touring the country with various projects - Crosby with Phil Lesh, Jenny Lewis, and Jimmy Herring; McNamee with Moonalice: and Lebo with ALO, Jack Johnson, and Steve Kimock. Together the trio is a mighty force!
For this Winter 2019 Tour, they also welcome vocalist Erica Jeski who has sung with Dead cover bands from coast to coast, most notably Stu Allen and Mars Hotel, Scott Guberman and Friends, China Cats, and Matthew Hartle and Friends.
On any given night, Doobie Decibel System play their original songs, such as “Wrong Side of The Road” by Crosby, “Couple of Puffs” by McNamee, or “Carry On” by Lebo and dip into the rock ‘n’ roll archives, playing a variety of classics from The Beatles, Pink Floyd, and The Grateful Dead. The trio’s distinctive style is heard in every song while they continue to surprise the audience with their improvisations and unique arrangements. 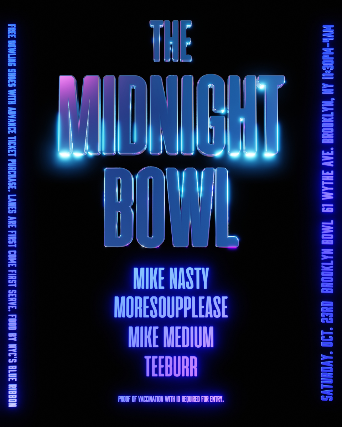