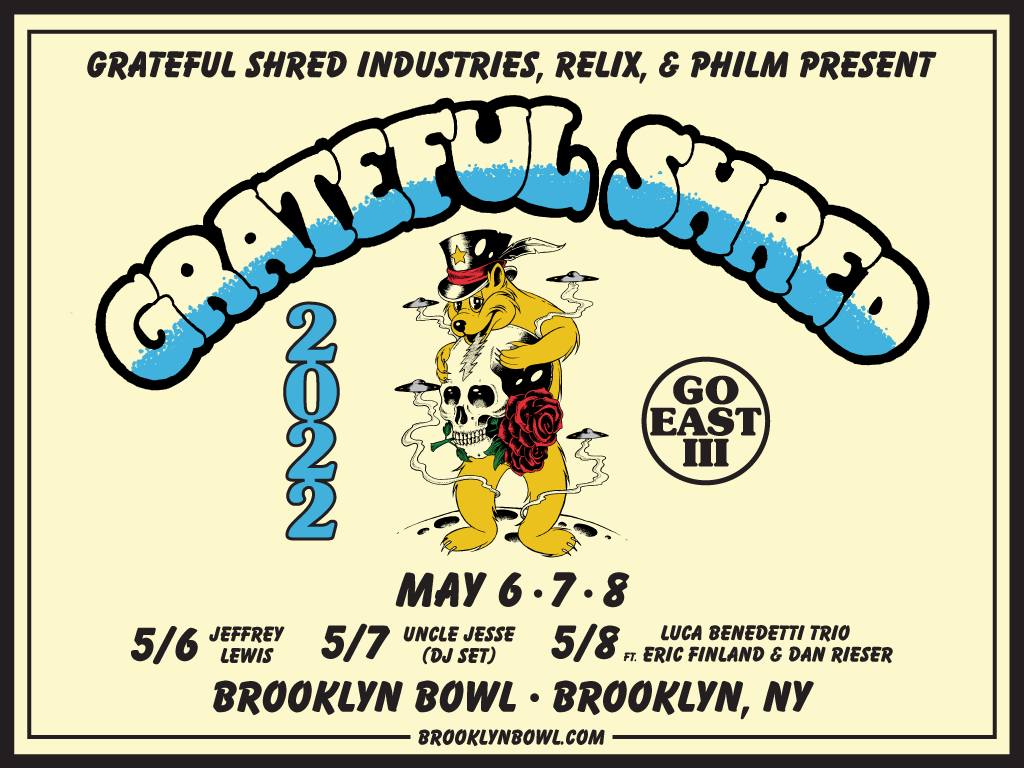 Venue Information:
Brooklyn Bowl
61 Wythe Avenue
Brooklyn, NY 11249
This show was rescheduled from April 17. All tickets purchased for the original date will be valid.

It’s more of a ‘take’ on the Dead than a tribute band,” says bassist Dan Horne. “We end up sounding almost more like the Dead because we approach it in this free-spirited way; in other bands, they’ve got the perfect tones dialed in, they practice the drum parts, they’ve got their ‘Jerry.’ We just play.”

Founded one night in 2016, the band came about almost by accident. Singer/guitarist Austin McCutchen had a residency at The Griffin in Atwater Village; his band was out of town, so he drafted some friends to play a set of Dead covers, and the four founding members (Austin, Sam, Clay, and Dan) have been together ever since. Sam Blasucci and Clay Finch (of country-folk revivalists Mapache) handle vocal and guitar duties, rounded out by bassist Dan Horne (of Cass McCombs, Jonathan Wilson, and the estimable Circles Around The Sun, who provided the incidental music for 2015’s “Fare Thee Well” concerts, the last shows played bythe living members of the Dead). Add a rotating cast of drummers (like Richard Gowen of The Growlers) and keyboardists(like Lee Pardini of Dawes and Jerry Borgé of Ziggy Marley), and you’ve got the essential formula.

Jams convene at Liberty Hair Farmin Echo Park, the Shred’s HQ/commune/studio. It’s at the Farm where they live, breathe, and record. Just watch the hallucinatory footage of the band tearing through “St. Stephen” (filmed live in their backyard) or “Shakedown Street” (those harmonies!). Grateful Shredis the sound of 5+ guys who aren’t afraid to learn from the masters, but who know to explore beyond the pale, searching for the sound. “Never the play the same thing once,” as Phil Lesh says.Far from being a historical re-enactment, GratefulShred’s laissez faire vibe infuses the band with a gentle spirit, warmth, and (dare we say it) authenticity. From their killer merch game (look for a new line with Dead revisionists Online Ceramics) to their eminently watchable YouTube channel, they’re clearly having a rad time and spreading the love. Strangely enough, in a world overflowing with wax museum nostalgia and Deadly sentimentalism, we need the Shred, now more than ever.
More Shows
See All Shows
Search Shows