<Back to all posts Knockdown Alley 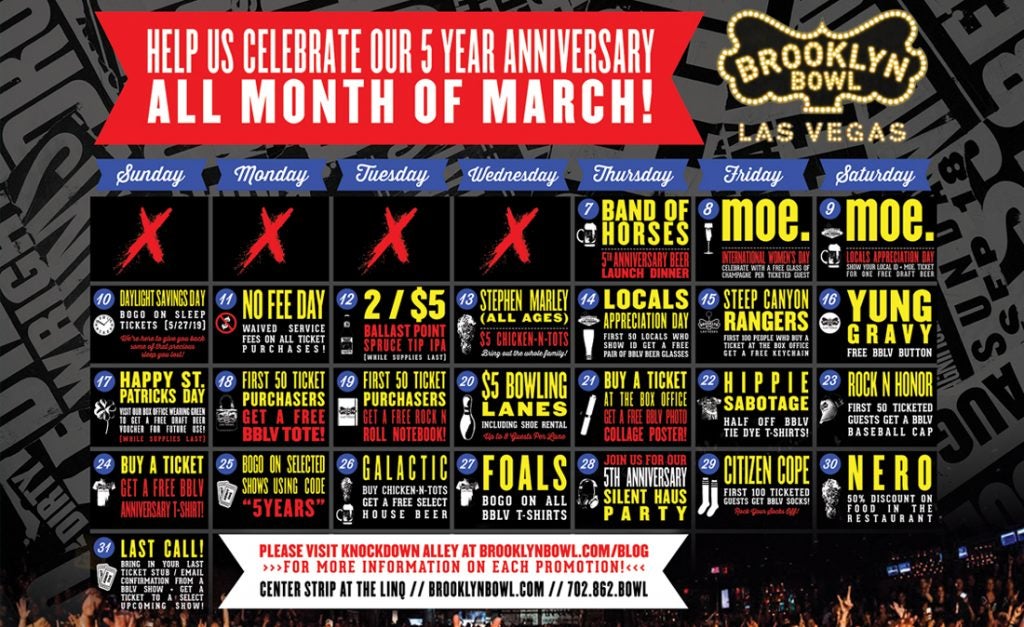 In March 2014, Brooklyn Bowl Las Vegas opened its doors with one mission in mind; to deliver the best concert experiences possible to the people of Las Vegas. Over the past five years, the memories made have been unprecedented, both by concert-goers and staff members alike. To commemorate, we’ve rolled out different promotional specials each day of March 2019 as a way to give back to the people that made this all happen. A.k.a. YOU!

Check out the details for each promo listed below, and make sure to print out/save this calendar so you don’t miss a day!

Don't forget to save the calendar!!