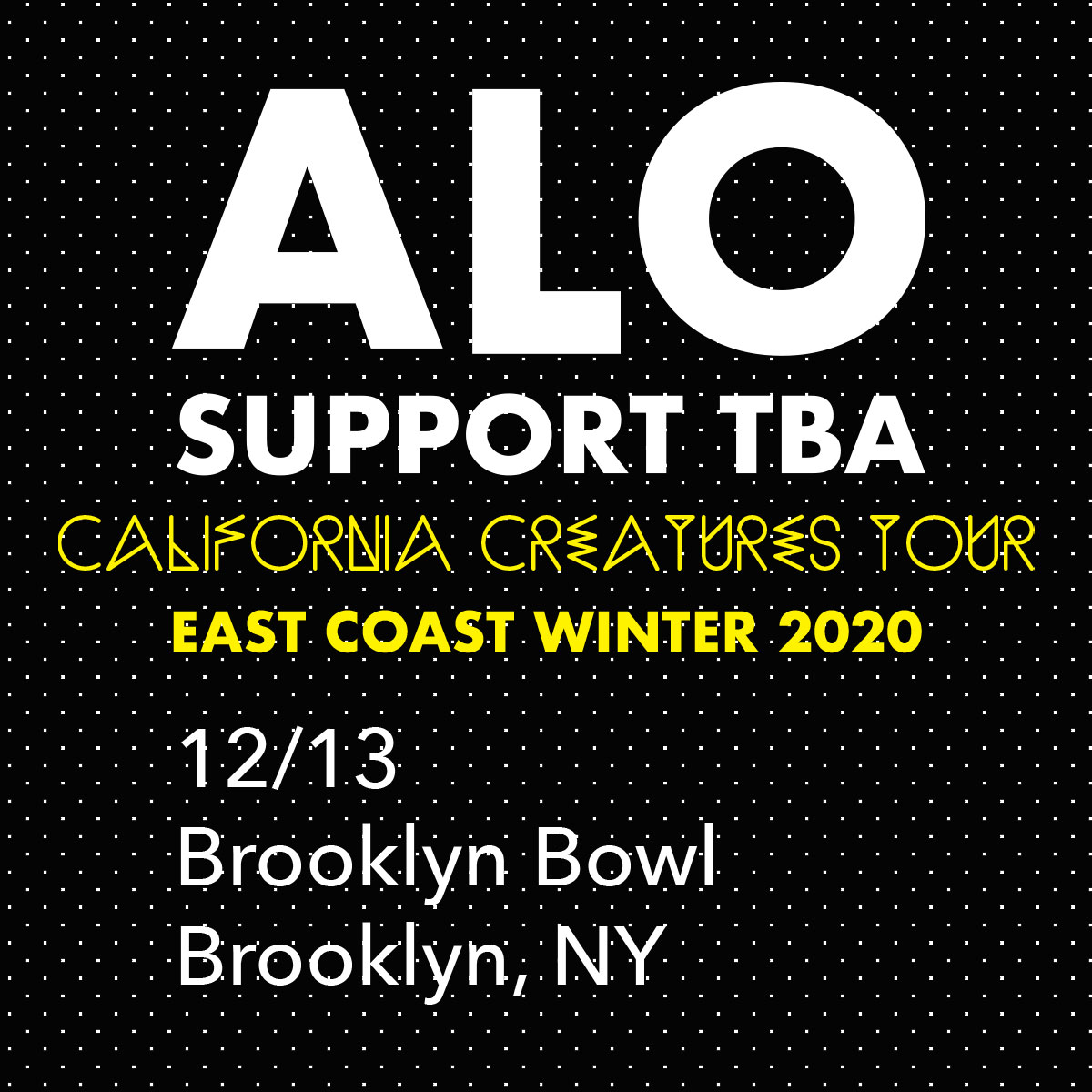 California’s ALO will be releasing their second EP of a series, Creatures, Vol. 2: Weave, on January 10th, 2020. The first EP, Creatures, Vol. 1: Spark, was released earlier this Summer on Brushfire Records. As a sneak preview, the first track from Weave, “Baby Blind Spot”, is available on all digital services today. Fans can buy or stream the new track here: https://ffm.to/alobbs  and below is a YouTube embed link.

As with the first EP, the new release was engineered and mixed by long-time ALO collaborators Dave Simon-Baker and Mike Cresswell, with additional recording done by the band at home studios. The ongoing series tracks the development of the new lineup with Lipp, while still maintaining that familiar ALO sound. Old school listeners have been raving about the band’s live sets at recent festivals (High Sierra Music Festival, Camp Deep End), and Weave has bottled that energy well. The band can’t wait for fans to hear the new songs. Gill explains, “There are a whole lot of blind spots in our collective sphere of human awareness. Sometimes we crash right into them. Sometimes it’s tragic, sometimes it’s comedic… hopefully it’s at least educational.“


ALO is also excited to announce their 14th annual Tour D’Amour. The first leg will include headlining shows in California, as well as 2 co-headlining nights with Twiddle in the Pacific Northwest. These dates have been added to a tour schedule that includes a previously announced co-headlining show with Leftover Salmon at the Warfield in San Francisco on March 7th, as well as 2 sets at Winter Wondergrass in Steamboat Springs, CO. Ben Morrison of The Brothers Comatose will support on the newly announced headline dates.

For a full list of shows and details go to: www.alomusic.com